The two firms were honored with one Big Apple and one honorable mention for their 2018 campaign called Using PR to Establish Marketplace Leadership & Boost Sales.

In addition, Henry Feintuch, president, Feintuch Communications, was recognized with the presentation of the chapter’s President’s Award, one of three individual recognitions granted at the awards gala. The award, bestowed by Chapter President Leslie Gottlieb, honors a current or former member of the chapter who exemplifies the highest standards of ethical conduct and outstanding service within the public relations profession and to PRSA and its New York chapter. The award has been presented annually since its creation in 2003.

“Henry is a hardworking, enthusiastic and effective leader,” said Gottlieb in her introductory remarks. “I have known him for many years. I know that he practices the highest ethical standards and that he represents the best in our profession.”

Feintuch is a long-term active member of PRSA. He is a past chair of the PRSA national technology section and served on the board of directors of PRSA-NY for six years including two years as programming vice president and then as president in 2014. He continues to support numerous chapter initiatives including running programs and acting as a judge for the Big Apple, Silver Anvil and PRSSA Bateman competitions.

ZeeVee PR CampaignFeintuch Communications, in partnership with ZeeVee and its Director of Marketing, Garth Leach, implemented a b2b PR and marketing campaign to educate the market and support sales growth.

“The campaign implemented by the Feintuch team, in collaboration with our own Garth Leach, significantly increased ZeeVee’s brand awareness and industry recognition of our AVoIP products in the pro AV and key vertical markets,” said Joe Chordas, vice president, North American Sales and Marketing. “Our media coverage increased by 167% over 2017 with more than 76 stories and 1.3 million direct impressions generated. More to the point, our revenues grew 22 percent in 2018 compared to 2017, an outcome influenced and supported by the PR campaign.”

“We’re grateful to PRSA-NY for recognizing the ZeeVee campaign as best-in-class with two awards,” said Feintuch. “Our agency’s business platform is about implement programs focused on business results. We’re thankful to ZeeVee for trusting us with their brand and working closely with us to achieve these dramatic results.”

The New York Chapter of the Public Relations Society of America established the Big Apple Awards program in 1988 to encourage excellence in public relations. The program has evolved to keep pace with a rapidly changing industry and continues celebrate the exciting and innovative successes of talented professionals working in the heart of the communications universe. Today, a Big Apple Award is recognized as one of the highest honors bestowed in public relations. A complete list of winners can be found online at www.prsany.org. 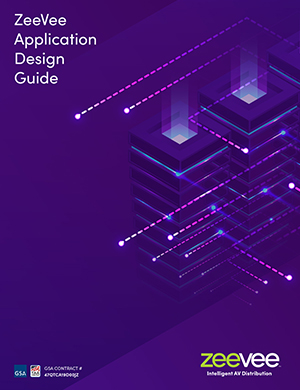